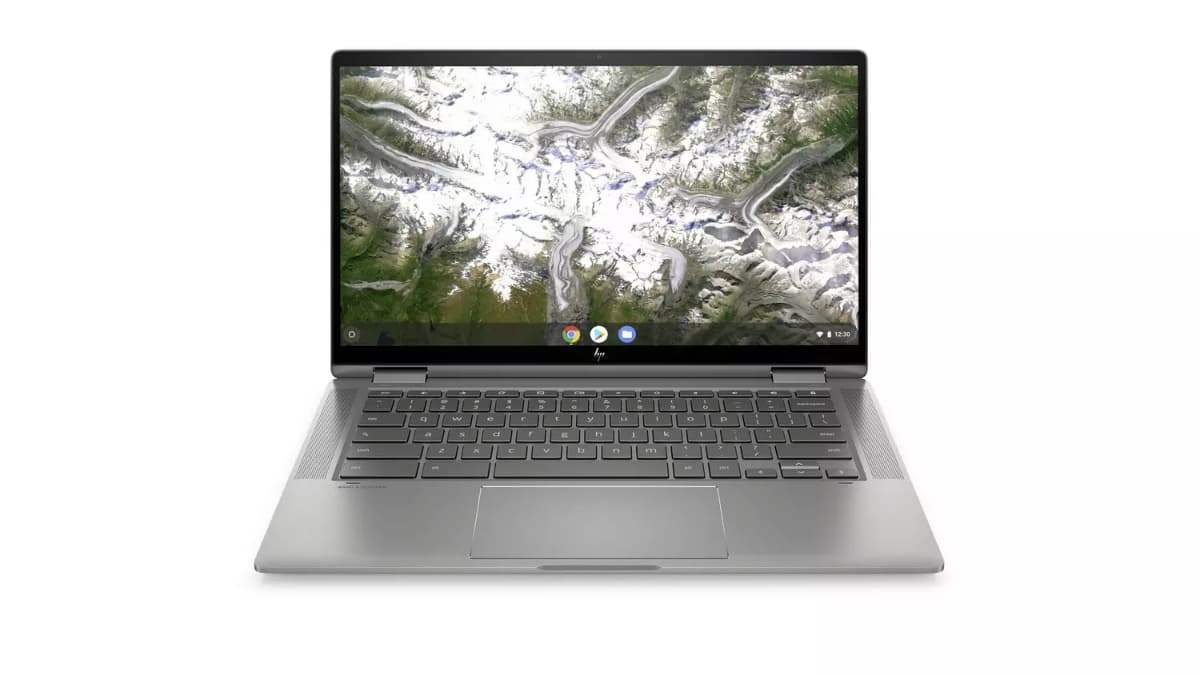 It’s that time of year again where Black Friday has arrived. If you’ve been considering buying a Chromebook but wanted to wait for the bargains then you’ll be interested in this.

There are many Chromebooks to choose from and one of the best, which is the HP x360 14c is currently available from Amazon with big discounts. This Chromebook came third in my Top Ten Best Chromebooks in 2020, and for good reason.

It’s available in different configurations, which includes an Intel Pentium Gold, Intel i3 and Intel i5. The good news is all of these configurations are included in the Black Friday deal.

WHAT MAKES THE HP x360 14c A GREAT CHROMEBOOK

Just as you would expect from HP the build quality of this laptop is fantastic. The aluminium lid gives it a really nice premium feel, which you’ll be happy to show off to your friends. It’s a 2-in-1 Hybrid laptop, which means you can use it as a laptop or tablet making it a great all-rounder.

The 2-in-1 design and touchscreen make it perfect for using Android apps. Whether you’re intending on using Android apps for productivity or gaming. The HP x360 14c is capable of delivering without any issues.

The 14-inch display offers Full HD resolution of 1,920 by 1,080, which means you’ll get crisp text and sharp images. Perfect for streaming HD movies from YouTube or Netflix. Also, it comes with an IPS panel, which provides great viewing angles and it just makes everything on the display look pretty impressive.

It offers really good sound for a laptop and the keyboard is responsive enough for typing. This is important if you’ll be doing a lot of typing, as a non-responsive keyboard can make typing a chore.

When it comes to connectivity you’ll not be disappointed either. This is thanks to the HP x 360 14c coming with both USB Type-C and the older USB type port. This means you’ll be able to add peripherals without having to worry about compatibility problems. The Micro SD slot also means you can easily add further storage to your Chromebook at a later date if you need to.

GRAB IT WHILE YOU CAN

Black Friday deals are a great way of saving money on just about anything. If you’ve had your eye on a Chromebook but wanted to wait for some deals. Then this deal is definitely worth considering.

HP offers great laptops and has been making Chromebooks from when they were originally launched in 2011. In fact, my first Chromebook was an HP and I absolutely loved it.

You’ll definitely not be disappointed with what the HP x360 14c Chromebook can offer. Whether you want a Chromebook for internet surfing, word processing, Android Apps, Linux apps you’ll be able to do all this with the HP x 360 Chromebook.

Also, you can now play almost any type of game on a Chromebook thanks to Stadia and GeForce Now. So what are you waiting for? Grab this bargain while it’s still available.