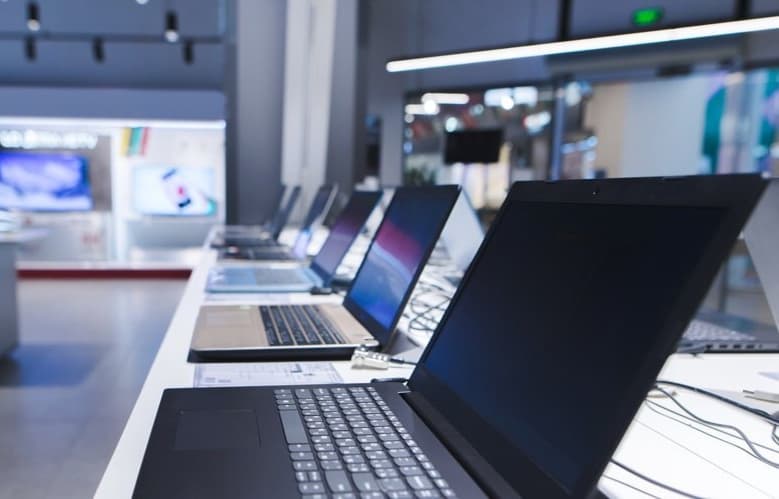 I love Chrome OS and the devices that run on it like the Chromebook and Chromebox. It has advanced so much in the last few years, which has provided users with more functionality. This has also encouraged new users to switch to Chrome OS. Even the issue of not being able to use a Chrome OS computer to play computer games is a thing of the past. Thanks to Nvidia GeForce Now, you have plenty of PC games that you can now play on your Chromebook.

The one thing that is still causing a major issue is the AUE Date. In the past. I’ve made it clear why I do not think the AUE date for Chrome OS is really that bad. I then changed my mind on this and explained why the AUE date is an issue. I still have this issue today. I completely understand why we have the AUE date, but I also understand why it’s a bad thing.

The issue I’ve noticed is when it comes to a Chromebook that gets amazing reviews. An example of this is the Google Pixelbook Go. The Pixelbook Go is a fantastic laptop and I’ve decided I’ll be buying one for personal use in the next couple of months. I’ve read many comments on retail sites by people who bought the Pixelbook Go.

Nearly every review I’ve read clearly shows people who have bought this laptop absolutely love it. One that stood out for me the most was a person who switched from owning Apple computers. People who own Apple computers don’t just buy a laptop on performance alone. They also buy Apple computers because they love the way they look and how they feel. Someone switching from Apple to Chrome OS due to the Pixelbook Go is not something that should be overlooked.

The Pixelbook Go has not only provided die-hard Chromebook enthusiasts with a great laptop. It has also been the laptop that has helped others make the switch to Chrome OS. Although there are many great Chromebooks out there. We only see a Chromebook that is loved by all every couple of years. The Pixelbook Go is a great example of this.

I recently bought an Acer 713 Chromebook. I bought this laptop because I knew it offered excellent specs. It’s a great Chrome OS laptop but after owning it for a couple of months I’ve realised it isn’t for me. The thing that it’s missing is something I know I can resolve by buying a Pixelbook Go. However, it feels really strange that I am knowingly selling my Acer 713 with an AUE date of 2028. To replace it with a Chromebook that has an AUE date of 2026.

A lot of people might think I’m a little strange for doing this. I don’t really blame anyone thinking this because it feels odd to me as well. Buying a laptop I know will stop receiving updates two years earlier than my current Chromebook. Isn’t exactly great when we consider value for money.

I’m sure I am not the only person who has to battle with these thoughts when buying a new Chromebook. There may be newer laptops with AUE dates in 2028. However, the laptop I want to own is the Pixelbook Go. The only thing that is an issue is the AUE date.

The Pixelbook Go is the type of Chromebook, which is most likely not going to be repeated anytime soon. Sure, manufacturers are bringing out new Chrome OS laptops all the time. However, that doesn’t mean these laptops match what the Pixelbook Go offers. This isn’t me saying the Pixelbook Go is the only good Chromebook. I’m sure, there are others who have a similar issue about another Chromebook they love where the AUE date is a problem. This is putting a block in the way of you buying the laptop you want, it’s crazy.

This is about having a choice to buy the laptop that you like the best. It makes no sense that people should be put off buying a Chromebook they really want because of the AUE date. I appreciate Google likes to be cutting edge and is always moving forward. However, when you make a product that people love. Why would you not reinvent it with a new processor? They don’t need to change the design.

By bringing out a new Pixelbook Go with the latest tenth-generation or eleventh-generation processors. Will not only offer better performance. More importantly, it will deal with the issue of being put off a laptop because of the AUE date. Acer has done this with the 713, which I think is a great move. Something About Chromebooks mentions in this article. It’s just a shame other manufacturers are not doing this with computers they know are great sellers.

Even though I currently own a decent laptop with an AUE date of 2028. Because it does not offer everything I need. I will buy a Pixelbook Go and will love the experience it offers when using it on the move. It’s just a shame I know I’ll have to replace it when the AUE date expires. Hopefully, the AUE date might not even be an issue in the future. We’ll have to wait and see.

Getting five years of use from a laptop is something I still consider good value. I’ve never owned a laptop for longer than this that I used on a regular basis. I’ve always replaced it with a newer model. This is not something everyone is willing to do, which shows the AUE Date is still an issue that Google needs to fix.