Asus Chrome OS tablet is just around the corner 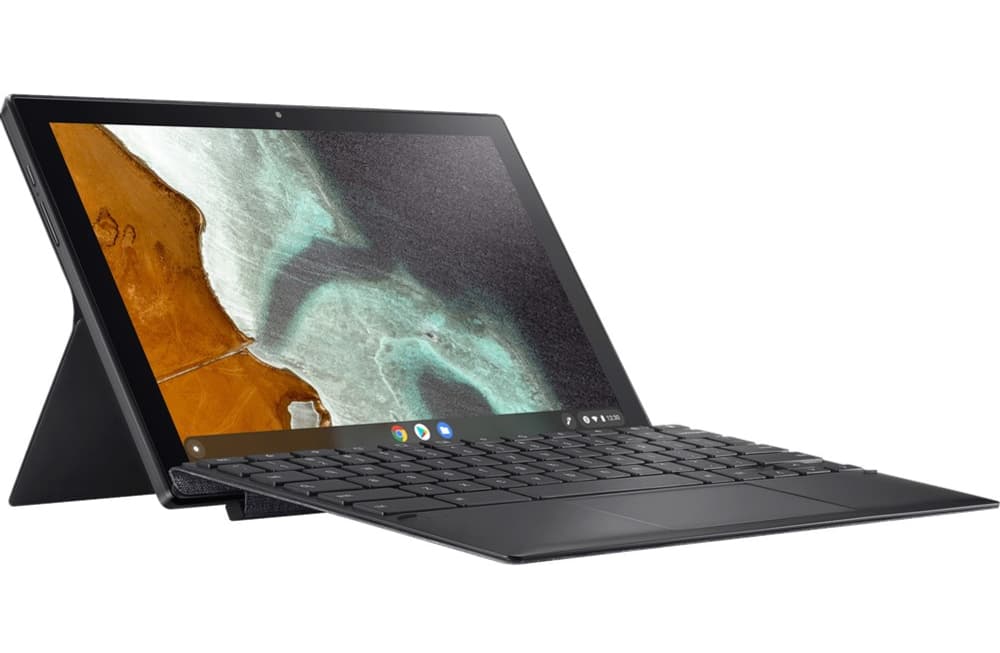 There were a lot of things that got me really excited last year when it came to Chromebooks. One of the most exciting was being able to play PC games on a Chromebook. In fact, as soon as I realised it was possible I spent hours playing my favourite game Anno 1800. Something else that got me excited was the launch of the Lenovo Ideapad Chromebook Duet. After the failed attempt from Google with the Pixel Slate, which is a great tablet by the way. I thought we had seen the end of Chrome OS tablets. The news that Lenovo was launching a Chrome OS tablet got me thinking. Would the duet finally be the one to make Chrome OS tablets a success?

It certainly appears to be that way. The Lenovo Chromebook Duet appears to have got people interested in this type of Chrome OS device. At one point it was really difficult to get your hands on one both in the UK and the USA. The reviews for the tablet had nothing but praise, which was undoubtedly one of the reasons why people went out to buy one. However, we needed other manufacturers to get on board and provide us with some new Chrome OS tablets for us to see whether it could really take off. Thankfully, Asus has come to the rescue with the soon to be launched Asus CM3000 detachable Chromebook.

Interestingly, Asus is calling the CM3000 a detachable Chromebook rather than a Chrome OS tablet. I think this is the right move because this is just what you’ll be getting. It doesn’t sound very sexy and I would have preferred it if all the manufacturers referred to them has slates. From a marketing point of view, I think different manufacturers using different terminology may cause confusion. The average consumer looking to buy a new computer, may not be a Chromebook enthusiast. Having a proper naming convention for this type of Chrome OS computer would have been beneficial.

When it comes to the internal specs it looks very similar to the Lenovo Duet. It will come with a MediaTek processor, 4GB of RAM and a choice between 64 GB or 128 GB of storage. I think it makes sense for Asus to stick to the budget specs. The concept is relatively new and people may be put off making a purchase if the price is too high. Also, I’m sure manufacturers are still aware of the Pixel Slate, which offered amazing specs but failed to take off. That was mainly down to Chrome OS not being ready for tablets because the Pixel Slate is a fantastic Chrome OS tablet. However, Asus is most likely launching a rival to the Lenovo Duet, so using similar specs is the right move.

Although the Asus CM3000 is similar to the duet in terms of specs. Where it does differ is the build and overall design. The display is a little larger at 10.5-inches compared to 10.1-inches and it’s good to see it offers Full HD. In fact, it offers a slightly higher resolution of 1,920 x 1,200, which is the same as what you get with the Lenovo Duet.

A really nice touch is that you can use the tablet in landscape or portrait mode with the help of the stand. This will make it much easier to read news websites or digital magazines on a desk without having to have it flat on a surface. I really like this idea because most of the magazines I read today are provided digitally rather than receiving a hard copy. At the moment I read these using my Pixel Slate. These magazines are designed to be read in Portrait mode. At the moment this means either having to hold the tablet, which isn’t too comfortable or having it flat on a table. The ability to use the stand in portrait mode as well as landscape mode is a smart move.

The magnetic keyboard, which will automatically click into position is nice to see. From the picture, it looks very similar to the type of keyboard you’d get on a Microsoft Surface Pro. We’ll have to wait to see what the quality of the keyboard will be. The Asus tablet is slightly wider in landscape mode than the Lenovo Duet. This is a good thing because it will mean the keyboard will also be larger. This is the only issue with the Lenovo Duet. The keyboard was a little cramped, so it would never be something you could use on a daily basis if you type a lot. Hopefully, the larger keyboard will mean the Asus detachable Chromebook has the potential to be your only computer.

It also comes equipped with a Stylus, which fits nicely into the back of the tablet when not in use. This is something where the Pixel Slate failed. Not having a decent docking station for the Stylus on the Pixel means I always have to go looking for it when I want to use it. From what I’ve seen so far the Asus CM3000 does appear to be an improvement over the Lenovo Chromebook Duet. The internal specs are similar but the design appears to be well thought out.

The question of availability is most likely something we’ll be hearing a lot about. If we remember how difficult it was to get a Lenovo Chromebook Duet when first launched. That was before the whole world was dealing with a pandemic. This makes me think we’ll have the same problems with the Asus CM3000. The pictures I’ve used in this article are from the Asus website, which was found by Chrome Unboxed.

It’s unclear at the moment when it will be officially released. What is also unknown is where it will appear first. It will most likely be released in the USA first, and I’m hoping it would not be long after that until we see it available in the UK.