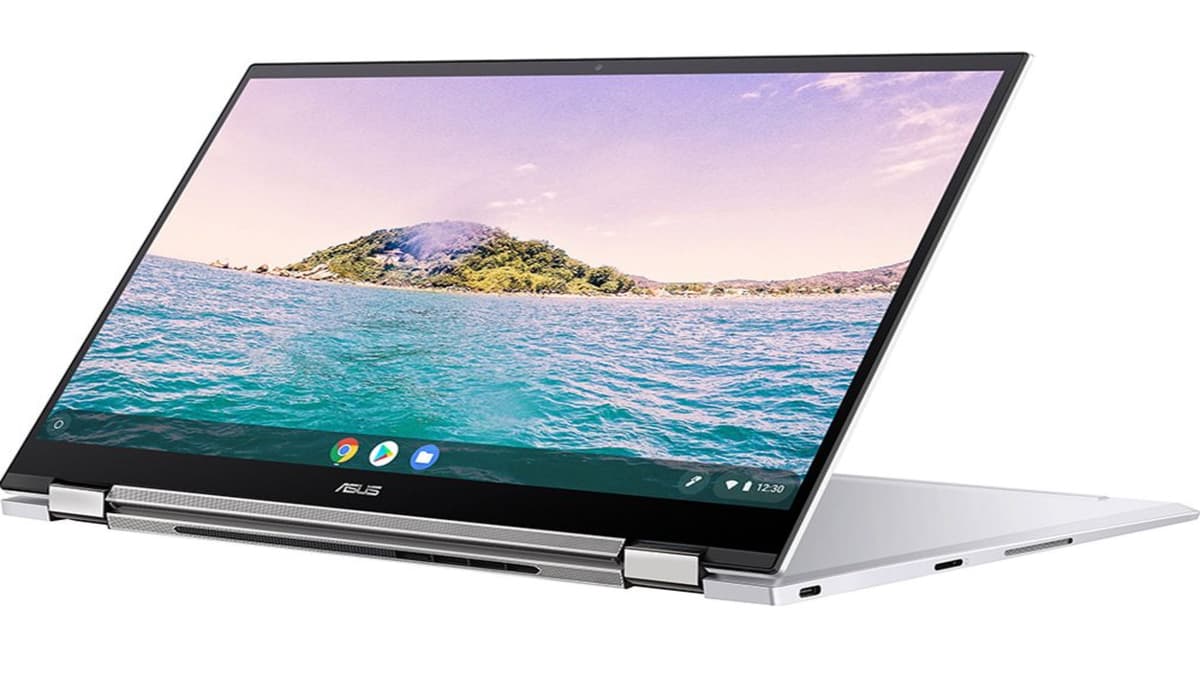 The Asus C436 Chromebook was released very quickly after the C434. The C434 was the direct replacement for the Asus C302, and it delivered on what was expected. The C436 is classed as a premium high-spec device because of the internals used. That being said, although the internals used are high spec. The standard retail price at launch was commented as being too high for what it offered.

This was mainly down to the display being what you’d see on a medium-spec device. Therefore, although the C436 is a great Chromebook, you may be able to get better elsewhere. A bargain if you can get it for less than the recommended retail price. Possibly a bit of a letdown at full retail price.

There are three different specifications for the Asus C436 Chromebook. This is great because it means you have more options to choose from. This allows you to not overspend on a Chromebook, which may have more specs than needed.

It also comes with a minimum of 8GB of RAM, which together with the processor the Asus C436 basic configuration model will perform excellently. Anything you can think of about doing on a computer running Chrome OS can be done with this configuration type. The 6MB of cache in the processor will also help regular processes run even faster. Different storage options are available, but you’ll most likely see the i3 model with 128 GB of storage. The good news is that it’s a Solid State Drive (SSD) rather than the cheaper eMMC type storage. A better type of storage, which is especially noticeable when dealing with larger file sizes.

The medium spec C436 offers an Intel i5 processor. This processor is extremely fast compared to the Intel i3 because it’s a quad-core. So although the i3 has a faster clock speed. It’s important to recognise clock speed needs to be taken into consideration with the number of cores being used. The Intel i5 processor comes with a base speed of 1.6 GHz and a turbo boost speed of a whopping 4.2 GHz. Again, it comes with 6MB of cache to speed up regular processes. Now that’s fast. You’ll most likely find this configuration model with 256GB of SSD storage.

If you’re after the fastest C436 possible then you’ll be interested in the Intel i7 model. It’s a quad-core processor with a base speed of 1.8 GHz and a turbo speed of 4.9 GHz. On top of that instead of the 6MB cache you get with the i3 and i5, the i7 model comes with a whopping 8MB cache. This means more data can be stored in the cache, so more regular processes perform much faster. This model will most likely only be found with 16GB of RAM, which is a huge amount and 512 GB of SSD storage. This is a monster when it comes to performance. However, it’s also possibly overkill for the majority of users.

The display is perfectly fine because it offers a Full HD resolution of 1,920 by 1,080. On a display of 14-inches that is acceptable. However, considering the price of the Asus C436 and the fact all the other specs are of top quality. It’s fair to say the display is what lets this Chromebook down. It’s a perfectly fine display, but for the price, you should expect to see more. An example of this is comparing the Asus C436 to the Acer Spin 713, which has a much better display offering. It’s also cheaper.

That being said, the display will not let you down and the super-thin bezels help to make it look like a top premium laptop. The IPS panel also means you get vibrant colours and viewing at an angle will not deteriorate the quality of the image on the screen.

The Asus C436 Chromebook is a Hybrid 2-in-1. This means it can be used as either a laptop or a tablet. Ideal for anyone looking for both type of devices, as you only have to buy one device. It’s perfect considering the C436 supports the use of a Stylus, which is arguably much better to use in tablet mode. This also means it comes with a touchscreen, so it’s perfect for using all types of Android Apps.

All Chromebooks come with an Automatic Update Expiry (AUE) date. After this date, your Chromebook will no longer receive automatic updates of Chrome OS. This is important because updates provide new functionality and improve the functionality already offered by Chrome OS.

Apart from providing new functionality. The updates are important because they provide essential security patches, which allow you to surf the internet with confidence. After the AUE date, no further updates will be received, so there is a potential you’ll be more at risk when internet surfing.

Buying a new laptop is exciting and most of us consider the looks and specs before anything else. However, the connectivity the laptop provides is also important. The Asus C436 offers two USB Type-C ports. USB Type-C is the latest USB port connection, which also allows you to charge your device and connect an external display.

The C436 does not offer any older USB Type-A ports. This may be a problem if you wish to use older peripherals, which has a USB Type-A connection. You can of course by an adaptor to fix this issue, and they are pretty cheap to buy. That being said, it would have been nice to see an older USB port available.

A Micro SD slot is available, so you can easily add further storage to your Chromebook at a later date using an SD card. You can also use either wireless or wired headphones thanks to the Bluetooth and headphone jack available. A fingerprint scanner is good to see because this allows you to access your Chromebook without having to use a password.

Before buying a Chromebook it’s a good idea to read and watch some reviews first. However, it’s also important to recognise a review is the opinion of one individual. Therefore, it’s best to read a few reviews first, so you can form your own opinion on whether you think the laptop is right for you.