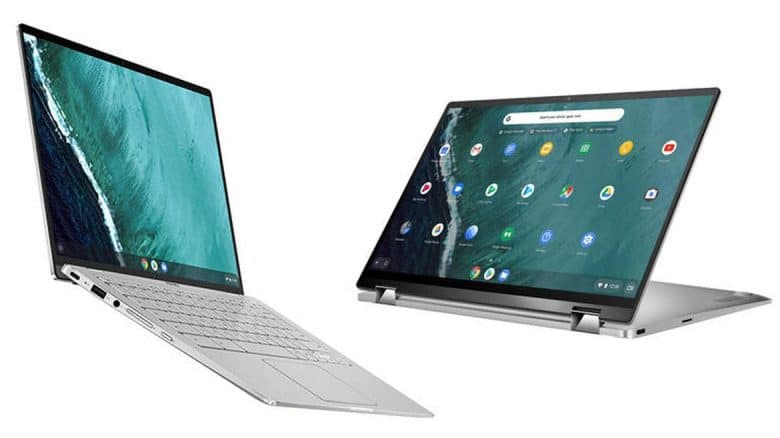 A few months ago Asus launched the Asus C434 both here in the UK and the USA. Although it’s a sexy looking device some were put off by the specification. The main issue was the memory as it was only being shipped with 4GB of RAM. Well, you’ll be happy to know it’s now available in the UK with 8GB of RAM.

Chromebooks have grown up a lot over the last couple of years and we have seen a huge amount of new hardware being launched. There is now plenty of great Chromebook devices to choose from, which means there has never been a better time to buy or upgrade your Chromebook computer.

In my Top Ten Chromebooks to buy in 2019, the Asus C434 made it into the fourth position. Its main competitor and making it into third place was the HP x 360. I’m still uncertain whether the extra memory would change this position because the HP x 360 is a fantastic device. However, if you love the Asus C434 and was put off by the 4GB of RAM it’s now time to get excited. So let’s consider what that extra memory means.

A few years ago a Chromebook with 4GB of RAM would have been more than enough for performing any task you could think of. Luckily for us, times have changed and Chrome OS today is a lot more powerful than it’s ever been.

The introduction of Android Apps is now considered old news. However, we cannot underestimate how it was this that changed Chrome OS and how we use Chromebooks forever. Android Apps means you can now do almost anything on a Chromebook. All this extra functionality needs that extra memory, which is why a focus on how much memory a Chromebook needs is back in the spotlight.

If you have a Chromebook with 4GB of RAM you can still comfortably perform most tasks. So don’t think you need to trade in your 4GB device anytime soon.

That being said, if you’re considering buying a new Chromebook, then choosing 4GB of RAM for a high-end device is not a wise decision. Think about it, even mobile phones come with 4GB of RAM nowadays, so you can imagine how this amount of RAM could impact a computer.

That extra 4GB of RAM will make everything run more smoothly. If you are one who likes to multi-task then you’ll see a huge difference in performance from a device with the extra memory available. It’s also beneficial for number crunching on spreadsheets, as a spreadsheet with a lot of data needs all the RAM it can get its hands-on.

It will also make a huge difference when using Android Apps. Most Android Apps run perfectly well with 4GB of RAM but you need to consider all the other processes going on in the background. That extra RAM will mean you’ll be able to perform any task without compromise.

So if you’ve been waiting for a higher spec model of the Asus C434 to be released. Now might be the time to consider that upgrade.