The Asus C425 – A medium-spec Chromebook at a budget price 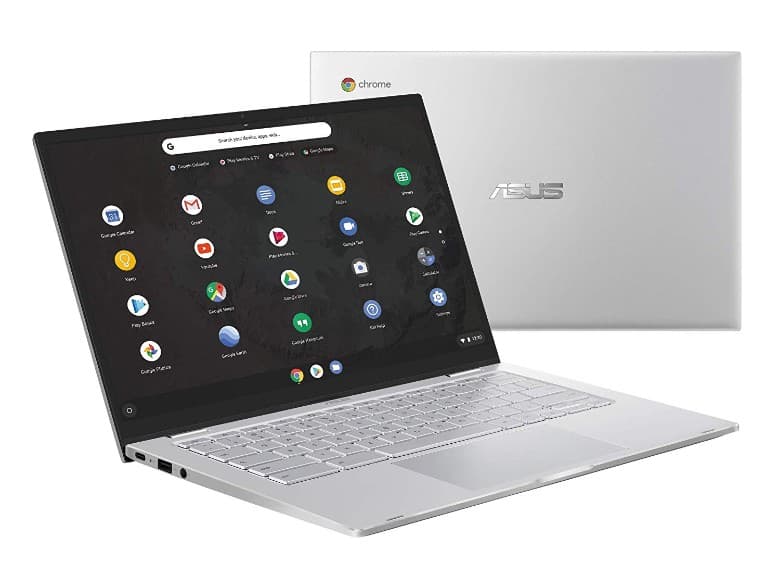 If you’re looking for a budget Chromebook then you need to stop. Before making a decision to buy a budget laptop. I think you should strongly look at this current Black Friday deal for the Asus C425.

Sure, you can get budget Chromebooks for around £169.00 in the UK. A great deal for a laptop, but none of them will match what you get from the Asus C425. Essentially, what makes this such a good deal is that Asus did not release this Chromebook with the budget range in mind. Instead, they were marketing this Chromebook as a medium-range laptop.

This means at the current discounted price from Amazon. You can get your hands on a medium-spec Chromebook at a budget price. If you have a little extra to spend. Then it makes perfect sense to consider the Asus C425 rather than spending money on a Chromebook that was made with the budget buyer in mind.

The Asus C425 is a top of the range budget Chromebook

The Asus C425 was never going to do too well in the medium-range sector. Although it offers good specs there were far too many other Chromebooks that offered more. Sure, it was one of the cheapest, but you could spend an extra £50/£100 and get a lot more. The irony is it was Asus who made this Chromebook struggle in the medium-range.

It has an RRP of £449, which shows it was originally made for the medium-range market. However, it was never going to sell well at that price. I wrote recently that this particular Chromebook is a great deal at £299. If you can get it for less than that then you’re getting yourself a great bargain.

If you take a look at most of the Chromebooks in the budget range. You’ll notice they are all very similar. It’s not possible for manufacturers to offer laptops at such a cheap price without some compromises. I’m not saying a budget Chromebook isn’t any good. It depends on what you’re looking for. However, most of them tend to fail when it comes to the build and display quality.

The build quality is something that you may be willing to overlook. The display on the other hand is totally different. I own a budget Chromebook the Acer 311. I like to use it for casual use and it’s great for using on the move. However, the display isn’t that fantastic. This is because it uses a TN panel. Very similar to what most budget Chromebooks use.

The Asus C425 comes with a Full HD resolution of 1,920 x 1,080. The perfect resolution for the 14-inch display that is on offer here. What makes it stand out is the IPS panel. An IPS panel is far better than a TN panel. It offers much better viewing angles and colours are vivid and true to life.

When you consider most budget Chromebooks come with an Intel Celeron processor. A perfectly capable processor when using Chrome OS. However, if you want to take advantage of advanced Android Apps. Then having a laptop that offers faster performance isn’t something you should ignore.

The C425 comes with an eight-generation Intel M3 processor. I’ve owned a few Chrome OS laptops with this processor. I can safely say it performs really well. Whether that is internet surfing, streaming HD movies or playing advanced Android App games.

It comes with 4GB of RAM, which is perfectly fine. Sure, if you were buying a medium-range laptop with a better-performing processor. Then you might want to consider 8 GB of RAM for futureproofing. However, 4GB of RAM on a Chromebook is more than enough for most people.

If you’re looking for a new laptop and thinking of buying a budget Chromebook. Then before you do you might want to consider the Asus C425. It’s a medium-spec device, which is currently available at a budget price.

If I was looking for a budget laptop, but I did not want to compromise on build and display quality. Then I would definitely be buying this computer. It makes no sense to spend a little less when you can get a much better computer for an extremely reasonable price.