Are Chromebooks good for gaming? Let’s find out 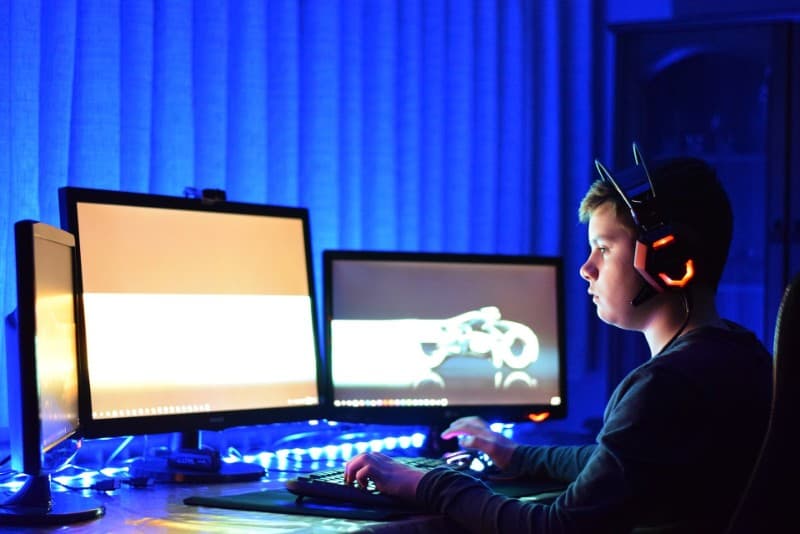 Chromebooks are known to not need as much processing power as a typical computer. This is because the Chrome OS operating system is lightweight. However, In the last few years, it has become much easier to get your hands on more powerful Chrome OS computers.

The good news is you can still game on a Chromebook even if it doesn’t have a super-fast processor. It all depends on the type of games you like playing. There are different ways to play games on the Chromebook and we’ll look at these now.

The first thing to know is that Chromebooks are capable of running Android Apps. Just like you install Android apps on a phone. You can do exactly the same by installing these apps from the Google Play Store.

There are thousands of Android Apps you can install and play on your Chromebook. The types of games vary dramatically. Whether you want to play a card game, racing car game or action war game. There are plenty to choose from.

To get the most from Android App games it’s best to choose a Chromebook that comes with a touchscreen display. This will mean you can play all the Android games without any limitations. The good news is many Chrome OS laptops come with a touchscreen, so there are plenty to choose from.

Just like with Android Apps. You can easily install a Linux App Store. This makes it much easier to find the type of apps you want to install. Linux App games are more retro-style games. These games can be great fun and you’ll find many different games to play using Linux.

One of the key selling points of the Chromebook is security. They are without question the most secure consumer computer available. Any Linux Apps you currently run is limited to what they can access. This also includes how much of the processing power they can use. This means when you play games locally they cannot take full advantage of your computers processing power.

At the moment most Chromebooks use eMMC storage. This type of storage is fine for most things you do on your laptop. However, eMMC storage isn’t the right type of storage for accessing huge amounts of data quickly. If the game is advanced it will possibly not work or judder. This is because of the eMMC storage used. Instead, it’s best to buy a laptop with SSD storage.

Nvidia GeForce Now on a Chromebook

This is currently my preferred method for playing games on a Chromebook. Nvidia GeForce now is a subscription service. Where you pay a monthly subscription to play PC games on your Chromebook computer.

Games are not installed locally with GeForce now. Instead, they are streamed directly to your computer from Nvidia servers. This means you don’t need much local processing power to play games using GeForce Now. All of the processing of the game including using a Graphics card is processed by Nvidia.

To play PC games you do need to own those games. For example, you can play games you currently own on Steam or with software providers such as Ubisoft. Once you’ve registered with GeForce now. You simply link your accounts, and your games will be visible.

Not all PC games can play on GeForce now. However, more modern games are available. The performance is fantastic, which is why I prefer this method. The downside is you need a good internet connection to stream advanced games using GeForce now on your Chromebook.

I’ve personally not used Stadia. However, the way you play games will be similar to Nvidia GeForce now. Again, you don’t need to worry about having a laptop with high specs. This is because all of the processing power will be done on Stadia servers.

There are plenty of ways to play games on your Chromebook. The great thing is there is a huge range of the types of games you can play. This is mainly due to how many different ways you can play games using Chrome OS.

It’s true playing games, which you install locally, is not there just yet for advanced games. That being said, less advanced games can be installed and played locally using Steam. The great news is there are so many options available. You can play almost all games on your Chromebook using the different services available.