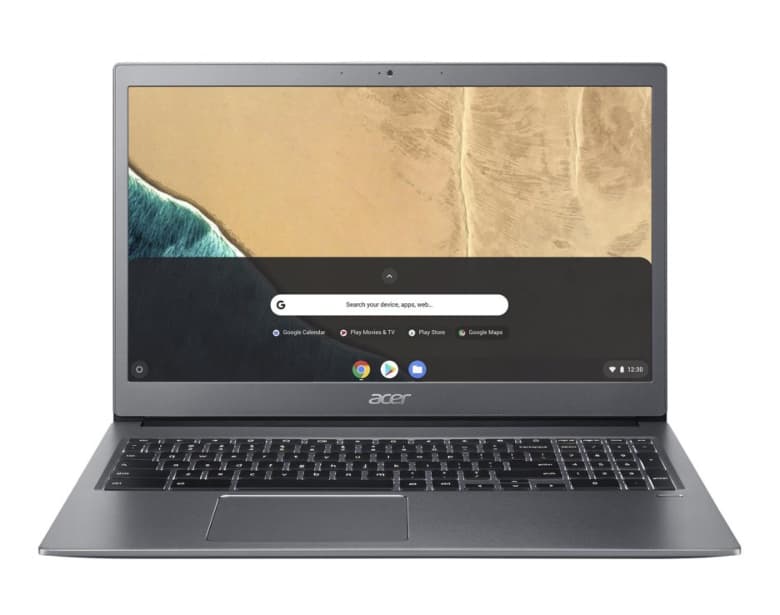 When we look at the typical Chromebook most of them come with a display ranging from 11.6-inches to 14-inches. We don’t see many Chromebooks with a display larger than this. That doesn’t mean there isn’t a demand for these types of computers though. If you’re looking for a laptop to be more productive or to get more involved when gaming. Buying a laptop with a 15.6-inch display can be a good move.

If you’re looking for a laptop with a larger display than the standard. Then you don’t have to do much homework. There is only a handful of Chromebooks to choose from. Now that gaming is possible on the Chromebook. It’s another good reason to think about a larger laptop. You can get more involved with games when you’re sitting in front of a large display.

They are also great for someone who is looking for a laptop for work. Especially if you like to spend your day’s number-crunching on a spreadsheet. A spreadsheet can be made up of a huge amount of rows and columns. Being able to fit more data on the screen when number-crunching has huge benefits.

The first thing you’ll notice about the Acer 715 Chromebook is the build quality. You don’t get any hint of plastic, as the whole casing is aluminium. This instantly makes you feel you’re dealing with a premium quality laptop. A lot of medium-spec Chromebooks use aluminium, but you also get a lot with plastic. It’s good to see Acer has gone with an all-over aluminium body. It’s a laptop only device, which means you can’t use it as a tablet. You’d look rather odd using a 15.6-inch tablet, so I wouldn’t let that put you off.

Although aluminium looks and feels nice it usually means you’re dealing with a heavier laptop than if it was plastic. Weighing in at 4.3lbs / 1.95kg this isn’t a laptop you would want to take out and about with you. I don’t think this is anything to be concerned about because it’s unlikely you’re considering buying a laptop with a 15.6-inch display to go travelling with. If you’re then I’d seriously reconsider.

The great thing about having a 15.6-inch display is that Acer had more room to play with when designing the keyboard. They’ve certainly made the most of it because they’ve included a separate number pad. This is something you don’t get with smaller laptops. I love having a separate number pad because it makes number-crunching much quicker. The fingerprint scanner is also a good touch, so you can log in without entering your password each time.

You tend to find this laptop with two different processors. In the UK it’s more widely available with an Intel Pentium Gold processor. Whilst in the USA you’ll find it comes with an Intel i3 processor. This makes the USA version more powerful, but it also costs a lot more to buy as well.

If you’re considering this laptop with work in mind. Then you’ll be able to carry out all the tasks you would do at work with either of these processors. Both will handle spreadsheets, word-processing and any other type of productivity software.

Both models come with 4 GB of RAM, but an 8 GB version is also available in the USA. This is more than enough for what you’d most likely be doing with this laptop. Even if you’re looking for a laptop for gaming. Considering gaming on the Chromebook is usually done by streaming. You’ll not have to worry about the amount of RAM. An 8 GB version would have given you a faster laptop, but the 4 GB will work just fine. If you live in the USA, you do have a better chance of picking up this laptop with 8 GB.

You can find the Acer 715 with 64 GB of storage. The most popular and widely available model comes with 128 GB. This is a good amount of storage space for a Chromebook. Considering you can save most of your files in the cloud. The 128 GB offers you a huge amount of space for storing files locally. You’ll definitely not need to worry about adding extra storage any time soon.

It’s the display that makes this different to most Chromebooks you see. The 15.6-inch is huge for a laptop. Definitely not the size a lot of people would opt for. That being said, if you’re reading this you’ll most likely be wanting that extra screen size.

The good news is Acer has provided an IPS panel. This means you’ll get great viewing angles and the colours are more vivid. This is really important because a cheaper TN panel isn’t great even on a laptop with a small display. On a laptop with the display size on offer here would have been a definite thumbs down if they opted for a TN panel.

Considering this laptop is mainly aimed at people who need to get work done. It’s good to see Acer has provided a lot of port options. They’ve not gone as far as offering an HDMI lead, which may be an issue if you want to use a projector that only has this type of port. That being said, you get two USB Type-A ports, which is useful for connecting older hardware. You also get two newer type USB C ports, which you’ll need when buying newer hardware that only supports Type C.

The good thing about Type C is that you can also use it to charge the laptop and hook it up to an external display. This is great if you’ll be using this laptop in the office and want to connect a larger display when at work.

A Micro SD slot is also available, which means you can easily add further storage at a later date. It also comes with a mic/headphone jack and webcam. Important if you’ll be using this laptop to make video calls.

Is this Chromebook for you

If you need a laptop with a huge display then it’s definitely worth considering the Acer 715. It’s a well-built premium-looking laptop and the fingerprint scanner is a good additional extra. If you need a laptop for number-crunching then the separate number pad is a massive bonus.

This isn’t the laptop for you if you need one for travelling. It’s far too big for that, but it’s perfect for anyone who needs a larger display. Whether that is for work or playing games where you’ll get a more involved experience.

It’s pretty well priced considering what you get for your money. It would have been nice to see 8 GB of RAM. This is because both processors could have easily worked well with the extra memory. That being said, you can still get decent performance from a Chromebook with 4GB. Also, if you live in the USA you’re in luck because an 8 GB version is more widely available.

If we look back only a few years you didn’t have too many options for customising your Chromebook. This has thankfully changed and we have a lot more ways to customise how our ChromeOS computer looks. In fact, customisation has gotten so good on ChromeOS that you can now even change how your Linux terminal … Read more
123…66 Next
CHROMEBOOK DEVICE LIST